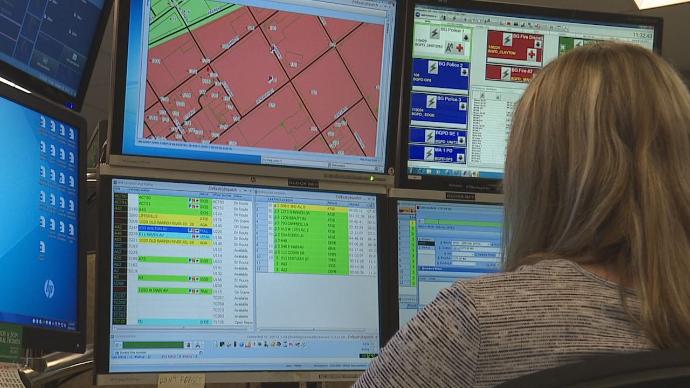 BOWLING GREEN, Ky. (WBKO) — Calling 911 responders in an emergency situation is already stressful, but even more so if there’s a language barrier.

That’s why the city of Bowling Green is contracted with an over-the-phone interpreter service that gives dispatch and city employees access to conference call translations.

These types of calls come in a high volume, according to dispatch officials.

“We can’t staff someone 24 hours a day that would be able to meet the language needs for the whole community,” Bowen said. “So the language line breaks that barrier, and gives us the instant access we need to help everyone in the community.”

Leyda Becker, the international communities liaison for Bowling Green, said 14 percent of Bowling Green’s residents are originally from another country.

“We are the city in Kentucky that has the highest percentage of foreign-born of any city,” Becker said.

Bowling Green is contracted with a third-party provider that gives access to interpreters in over 200 different languages.

“So, when someone accesses 911 services and it’s an emergency, and they’re limited English proficient, or no English proficiency, then we can patch through that service immediately and get an interpreter to facilitate communication,” said Becker.

This isn’t a new service. It’s been in place for Bowling Green’s police for over ten years. In 2012, it expanded to the rest of the city to be available for all municipal departments. Over the last month, the city has been transitioning to a new interpreter provider that specializes in 911 services.

“I think the city of Bowling Green is leading by example,” said Becker.

Bowen said before having an interpreter service like this, dispatchers would try to communicate with callers with limited English proficiency, asking for landmarks or using their address, sometimes having to blindly send emergency services with the hope that they sent the right one.

“This really takes all the guesswork out and allows us to give everyone the same service, no matter what language they speak,” said Bowen.

“The dispatcher’s ultimate goal is to keep everyone safe and get the services that they need,” Bowen continued. “And it’s very frustrating and stressful when you feel handicapped, so with this service, it gives them just another tool to better help everyone.”

The service also comes in handy for emergency officials (and other city employees) while on the field. They are able to access interpreters and have on-the-scene translation over their cell phones.